Architecture ZA 2012 is set to become Africa’s premier urban culture festival as it brings together leading-edge thinkers and multi-disciplinary practitioners from around the globe. It is the second event of this scope has been held in South Africa.

Taking place in Cape Town’s city bowl from 20 to 24 September 2012, it will feature local and international architects and cultural producers of the city. This multi-disciplinary cast of thinkers will stimulate discussion during conference panel discussions and master classes. Together they will offer new takes on old problems and offer new ways of viewing the city.

The event has been structured to reach the broadest possible audience and to accommodate delegates at all levels. The general public will also be included thanks to a variety of events and exhibitions across Cape Town including poetry readings, city walking tours, live music and drama performances and photography and architecture exhibitions. The Architect Africa Film Festival 2012 will also be showing at venues across the city.


A variety of themes will be dealing with the future of our urban spaces, and will open debate about Southern Africa’s urban future. Topics include sustainability, social housing, urban public space and the city’s future infrastructural development. It will probe the role of architecture in the formation of a “African Design City”, as well as the green agenda. This is of particular interest as the City of Cape Town has submitted a bid to be the World Design Capital for 2014, and the Biennale will be the last event of its kind leading up to the largest event on the world architectural calendar, namely the UIA International Conference to be hosted in Durban also in 2014. 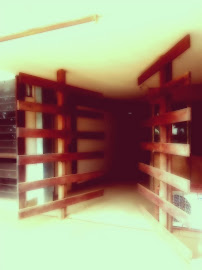